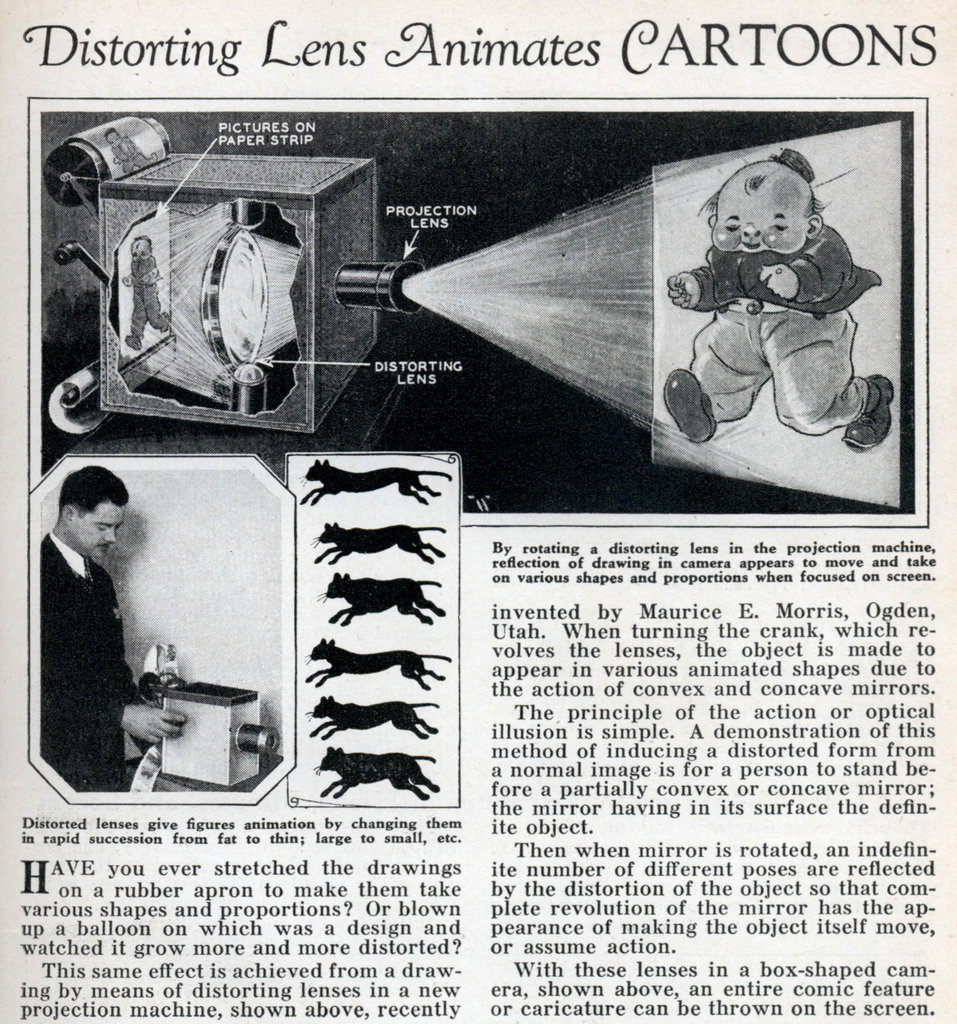 HAVE you ever stretched the drawings on a rubber apron to make them take various shapes and proportions? Or blown up a balloon on which was a design and watched it grow more and more distorted?

This same effect is achieved from a drawing by means of distorting lenses in a new projection machine, shown above, recently invented by Maurice E. Morris, Ogden, Utah. When turning the crank, which revolves the lenses, the object is made to appear in various animated shapes due to the action of convex and concave mirrors.

The principle of the action or optical illusion is simple. A demonstration of this method of inducing a distorted form from a normal image is for a person to stand before a partially convex or concave mirror; the mirror having in its surface the definite object.

Then when mirror is rotated, an indefinite number of different poses are reflected by the distortion of the object so that complete revolution of the mirror has the appearance of making the object itself move, or assume action.

With these lenses in a box-shaped camera, shown above, an entire comic feature or caricature can be thrown on the screen.