Reminds me of this joke. 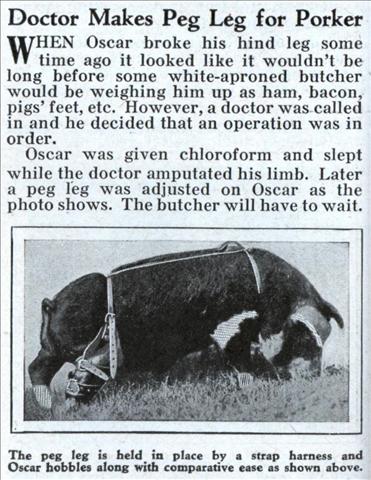 WHEN Oscar broke his hind leg some time ago it looked like it wouldn’t be long before some white-aproned butcher would be weighing him up as ham, bacon, pigs’ feet, etc. However, a doctor was called in and he decided that an operation was in order.

Oscar was given chloroform and slept while the doctor amputated his limb. Later a peg leg was adjusted on Oscar as the photo shows. The butcher will have to wait.