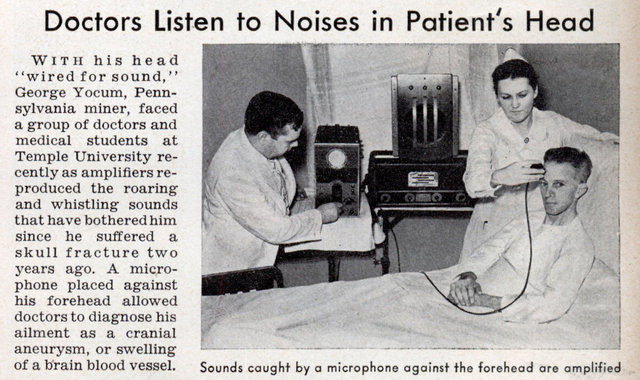 Doctors Listen to Noises in Patient’s Head
With his head “wired for sound,” George Yocum, Pennsylvania miner, faced a group of doctors and medical students at Temple University recently as amplifiers reproduced the roaring and whistling sounds that have bothered him since he suffered a skull fracture two years ago. A microphone placed against his forehead allowed doctors to diagnose his ailment as a cranial aneurysm, or swelling of a brain blood vessel.