It’s amazing how much those pictures look like frames from early computer rendered 3D movies. 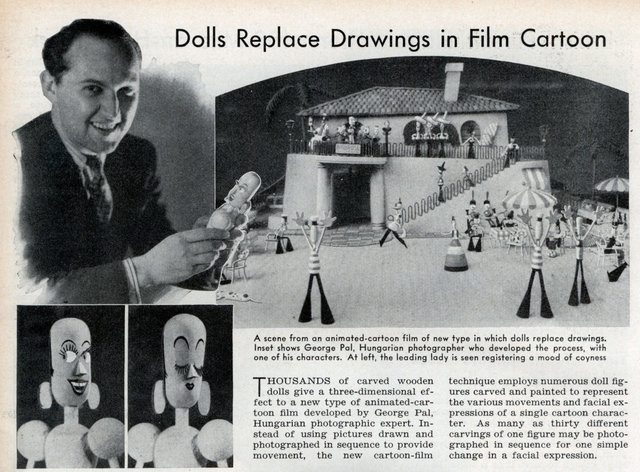 THOUSANDS of carved wooden dolls give a three-dimensional effect to a new type of animated-cartoon film developed by George Pal, Hungarian photographic expert. Instead of using pictures drawn and photographed in sequence to provide movement, the new cartoon-film technique employs numerous doll figures carved and painted to represent the various movements and facial expressions of a single cartoon character. As many as thirty different carvings of one figure may be photographed in sequence for one simple change in a facial expression.