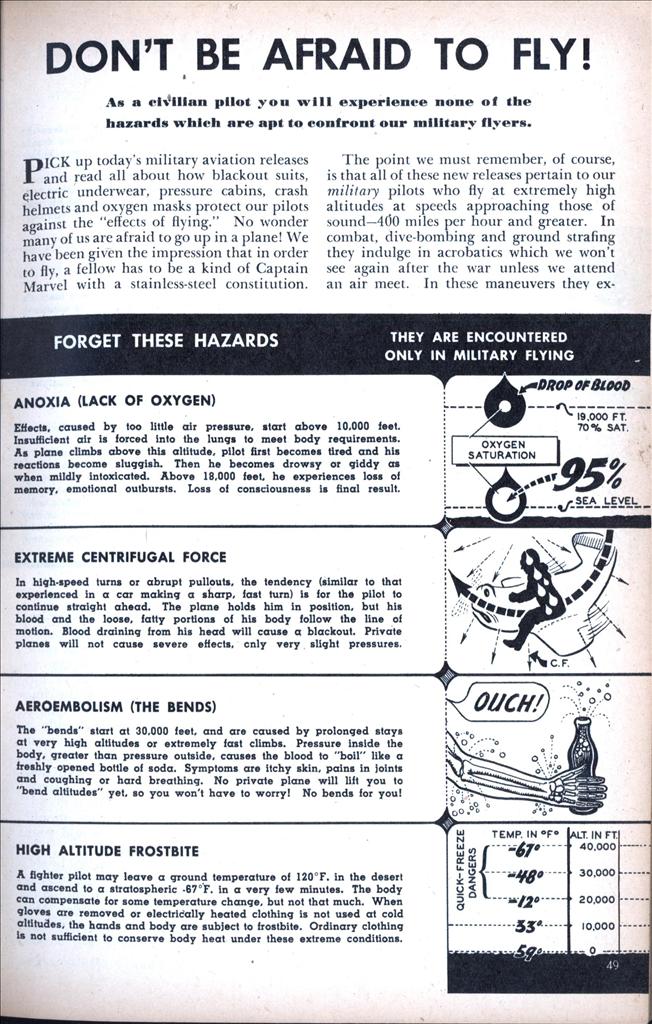 DON’T BE AFRAID TO FLY!

As a civilian pilot you will experience none of the hazards which are apt to confront our military flyers.

PICK up today’s military aviation releases and read all about how blackout suits, electric underwear, pressure cabins, crash helmets and oxygen masks protect our pilots against the “effects of flying.” No wonder many of us are afraid to go up in a plane! We have been given the impression that in order to fly, a fellow has to be a kind of Captain Marvel with a stainless-steel constitution.