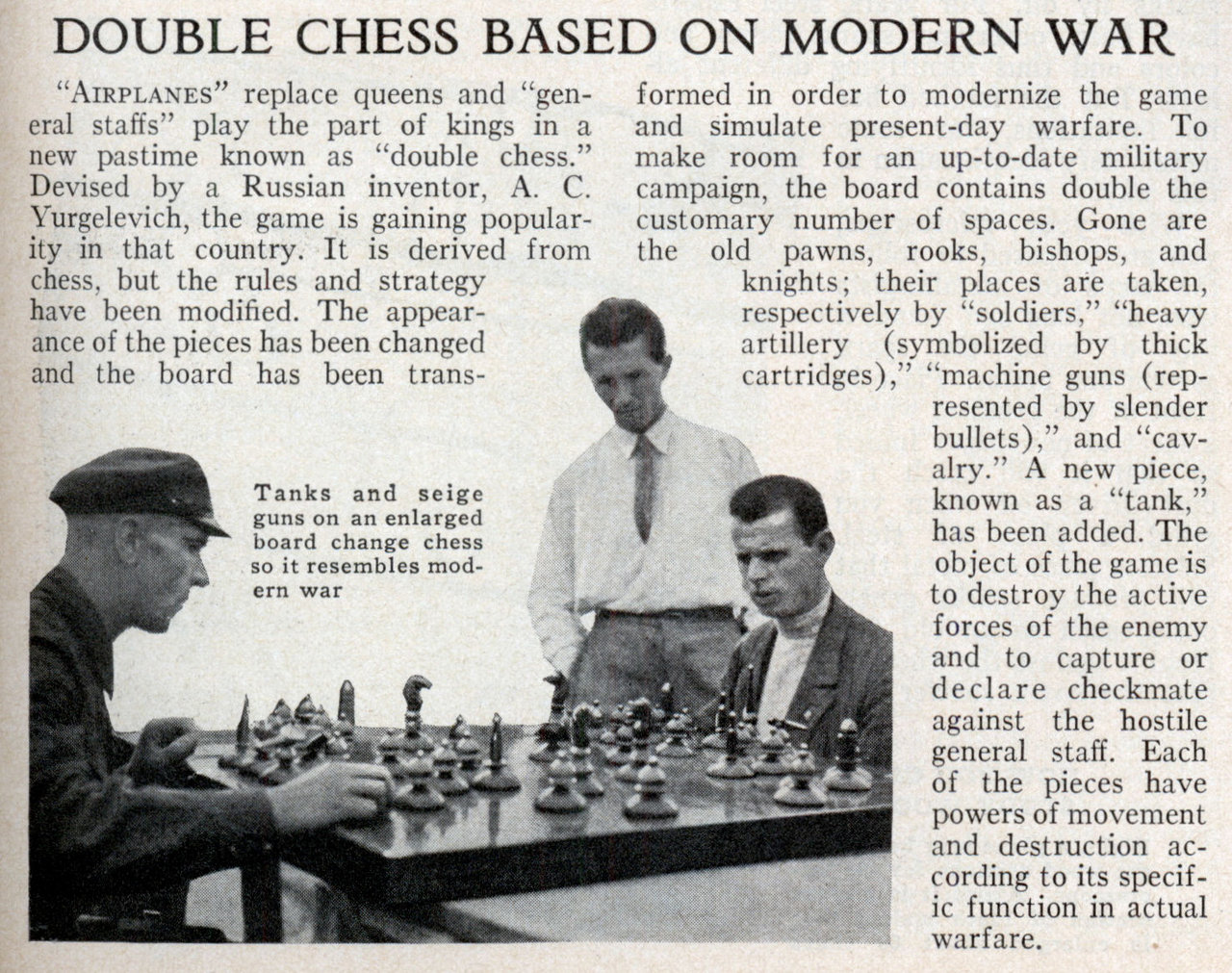 “Airplanes” replace queens and “general staffs” play the part of kings in a new pastime known as “double chess.” Devised by a Russian inventor, A. C. Yurgelevich, the game is gaining popularity in that country. It is derived from chess, but the rules and strategy have been modified. The appearance of the pieces has been changed and the board has been trans- formed in order to modernize the game and simulate present-day warfare. To make room for an up-to-date military campaign, the board contains double the customary number of spaces. Gone are the old pawns, rooks, bishops, and knights; their places are taken, respectively by “soldiers,” “heavy artillery (symbolized by thick cartridges),” “machine guns (represented by slender bullets),” and “cavalry.” A new piece, known as a “tank,” has been added. The object of the game is to destroy the active forces of the enemy and to capture or declare checkmate against the hostile general staff. Each of the pieces have powers of movement and destruction according to its specific function in actual warfare.