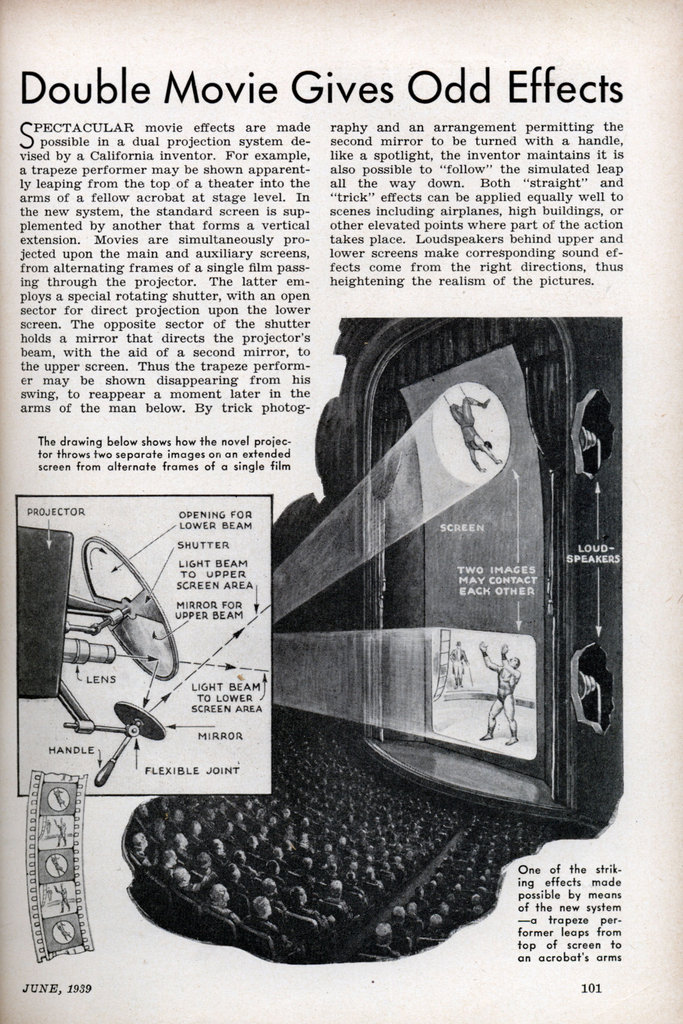 SPECTACULAR movie effects are made possible in a dual projection system devised by a California inventor. For example, a trapeze performer may be shown apparently leaping from the top of a theater into the arms of a fellow acrobat at stage level. In the new system, the standard screen is supplemented by another that forms a vertical extension. Movies are simultaneously projected upon the main and auxiliary screens, from alternating frames of a single film passing through the projector. The latter employs a special rotating shutter, with an open sector for direct projection upon the lower screen. The opposite sector of the shutter holds a mirror that directs the projector’s beam, with the aid of a second mirror, to the upper screen. Thus the trapeze performer may be shown disappearing from his swing, to reappear a moment later in the arms of the man below. By trick photog- raphy and an arrangement permitting the second mirror to be turned with a handle, like a spotlight, the inventor maintains it is also possible to “follow” the simulated leap all the way down. Both “straight” and “trick” effects can be applied equally well to scenes including airplanes, high buildings, or other elevated points where part of the action takes place. Loudspeakers behind upper and lower screens make corresponding sound effects come from the right directions, thus heightening the realism of the pictures.