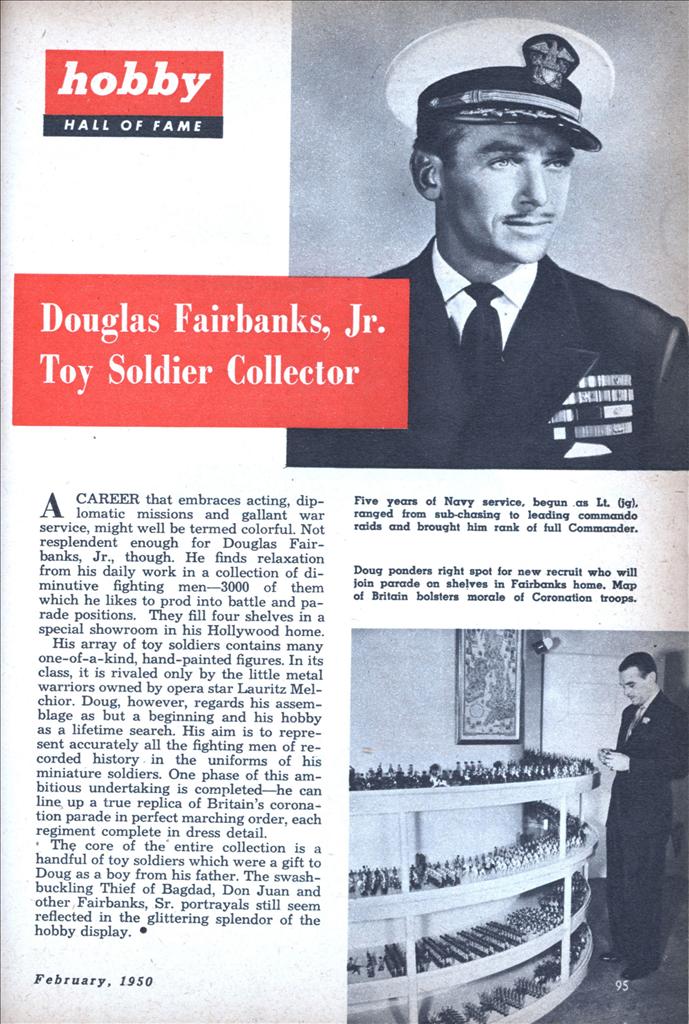 A CAREER that embraces acting, diplomatic missions and gallant war service, might well be termed colorful. Not resplendent enough for Douglas Fairbanks, Jr., though. He finds relaxation from his daily work in a collection of diminutive fighting men—3000 of them which he likes to prod into battle and parade positions. They fill four shelves in a special showroom in his Hollywood home.

His array of toy soldiers contains many one-of-a-kind, hand-painted figures. In its class, it is rivaled only by the little metal warriors owned by opera star Lauritz Melchior. Doug, however, regards his assemblage as but a beginning and his hobby as a lifetime search. His aim is to represent accurately all the fighting men of recorded history, in the uniforms of his miniature soldiers. One phase of this ambitious undertaking is completed—he can line up a true replica of Britain’s coronation parade in perfect marching order, each regiment complete in dress detail. • The core of the entire collection is a handful of toy soldiers which were a gift to Doug as a boy from his father. The swashbuckling Thief of Bagdad, Don Juan and other Fairbanks, Sr. portrayals still seem reflected in the glittering splendor of the hobby display. •