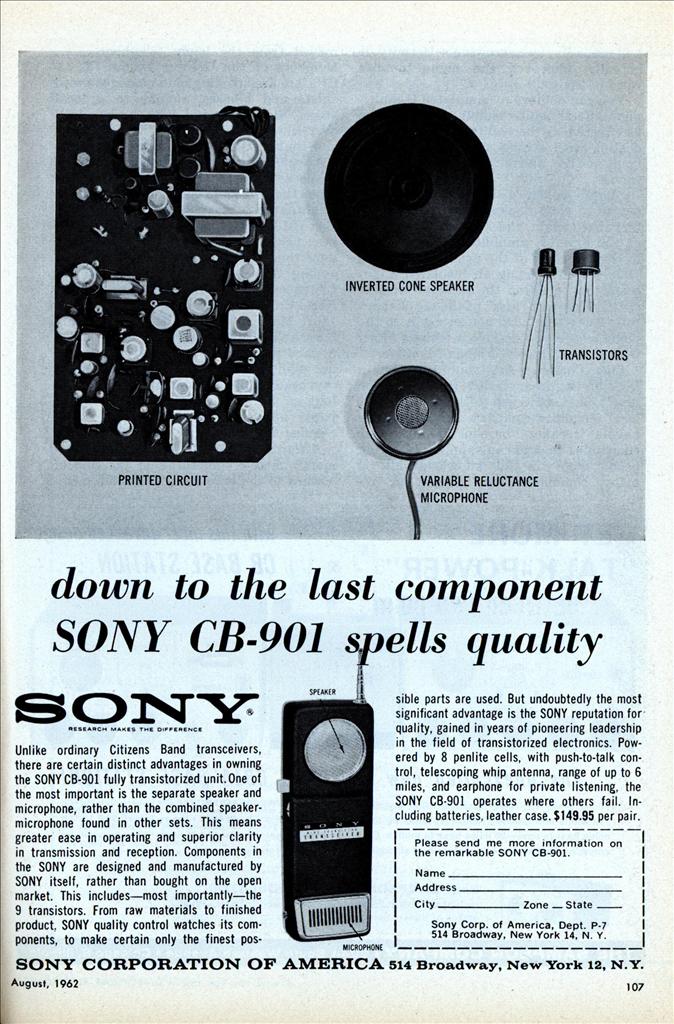 down to the last component SONY CB-901 spells quality

Unlike ordinary Citizens Band transceivers, there are certain distinct advantages in owning the SONY CB-901 fully transistorized unit. One of the most important is the separate speaker and microphone, rather than the combined speaker-microphone found in other sets. This means greater ease in operating and superior clarity in transmission and reception. Components in the SONY are designed and manufactured by SONY itself, rather than bought on the open market. This includes—most importantly—the 9 transistors. From raw materials to finished product. SONY quality control watches its components, to make certain only the finest pos- sible parts are used. But undoubtedly the most significant advantage is the SONY reputation for quality, gained in years of pioneering leadership in the field of transistorized electronics. Powered by 8 penlite cells, with push-to-talk control, telescoping whip antenna, range of up to 6 miles, and earphone for private listening, the SONY CB-901 operates where others fail. Including batteries, leather case. $149.95 per pair.