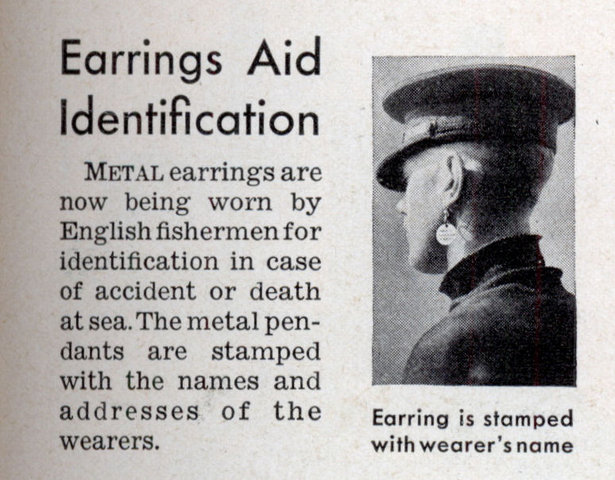 Earrings Aid Identification
Metal earrings are now being worn by English fishermen for identification in case of accident or death at sea. The metal pendants are stamped with the names and addresses of the wearers.