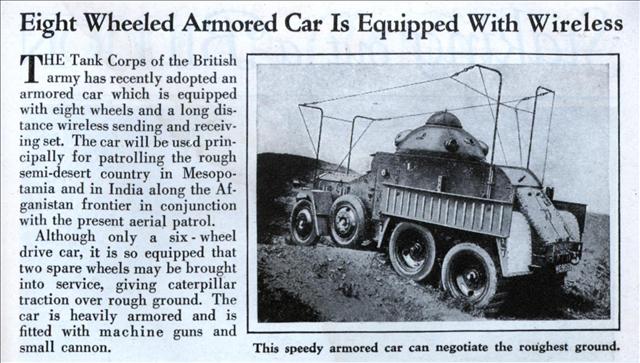 THE Tank Corps of the British army has recently adopted an armored car which is equipped with eight wheels and a long distance wireless sending and receiving set. The car will be used principally for patrolling the rough semi-desert country in Mesopotamia and in India along the Afganistan frontier in conjunction with the present aerial patrol.

Although only a six – wheel drive car, it is so equipped that two spare wheels may be brought into service, giving caterpillar traction over rough ground. The car is heavily armored and is fitted with machine guns and small cannon.