It’s a pity that prime number based encryption schemes were about 30 years away at this point. This thing could have been useful. 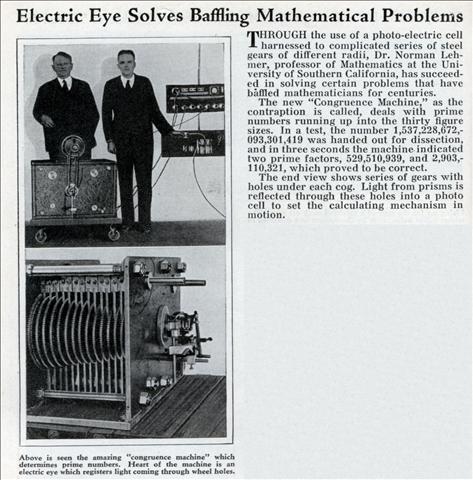 THROUGH the use of a photo-electric cell harnessed to complicated series of steel gears of different radii, Dr. Norman Lehmer, professor of Mathematics at the University of Southern California, has succeeded in solving certain problems that have baffled mathematicians for centuries.

The end view shows series of gears with holes under each cog. Light from prisms is reflected through these holes into a photo cell to set the calculating mechanism in motion.