That’s a photograph? It looks like they took a picture of the lab, then drew in all the people.. 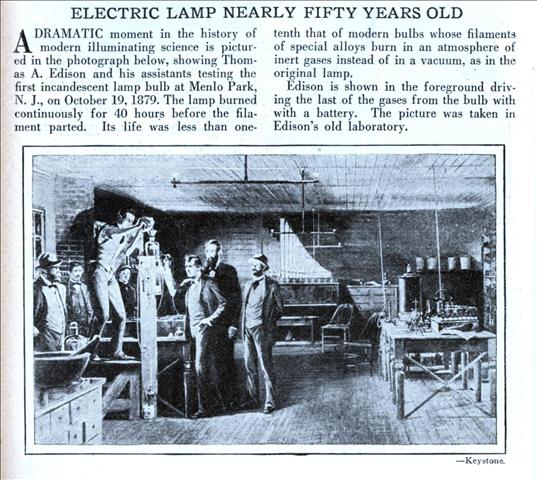 A DRAMATIC moment in the history of modern illuminating science is pictured in the photograph below, showing Thomas A. Edison and his assistants testing the first incandescent lamp bulb at Menlo Park, N. J., on October 19, 1879. The lamp burned continuously for 40 hours before the filament parted. Its life was less than one- tenth that of modern bulbs whose filaments of special alloys burn in an atmosphere of inert gases instead of in a vacuum, as in the original lamp.

Edison is shown in the foreground driving the last of the gases from the bulb with with a battery. The picture was taken in Edison’s old laboratory.