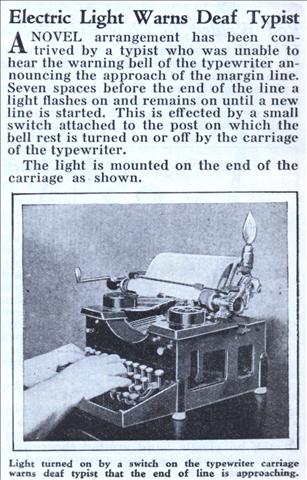 A NOVEL arrangement has been contrived by a typist who was unable to hear the warning bell of the typewriter announcing the approach of the margin line. Seven spaces before the end of the line a light flashes on and remains on until a new line is started. This is effected by a small switch attached to the post on which the bell rest is turned on or off by the carriage of the typewriter.

The light is mounted on the end of the carriage as shown.