This is a pretty cool looking rail gun. 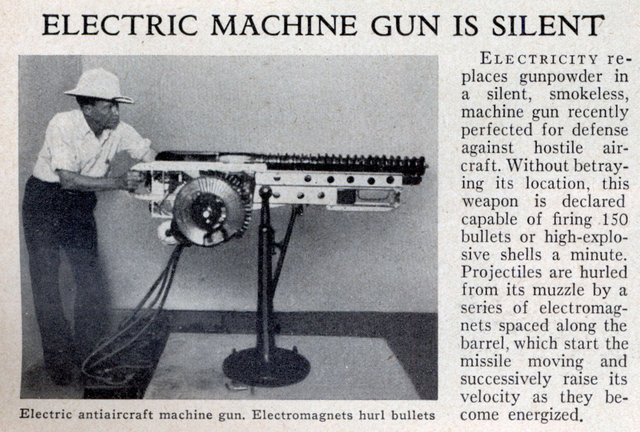 ELECTRIC MACHINE GUN IS SILENT
Electricity replaces gunpowder in a silent, smokeless, machine gun recently perfected for defense against hostile aircraft. Without betraying its location, this weapon is declared capable of firing 150 bullets or high-explosive shells a minute. Projectiles are hurled from its muzzle by a series of electromagnets spaced along the barrel, which start the missile moving and successively raise its velocity as they become energized.