The caption below the image says: “Emotions shown on faces in background are recorded by instrument sensitive to electric resistance of skin”. I’m a little confused by the pictures. Clowns are scary, so I suppose you could say that the clown face represents fear, but what about the bull? What does that represent? How about the fish, bird, dog, monkey and whatever the hell that is in the upper right corner? 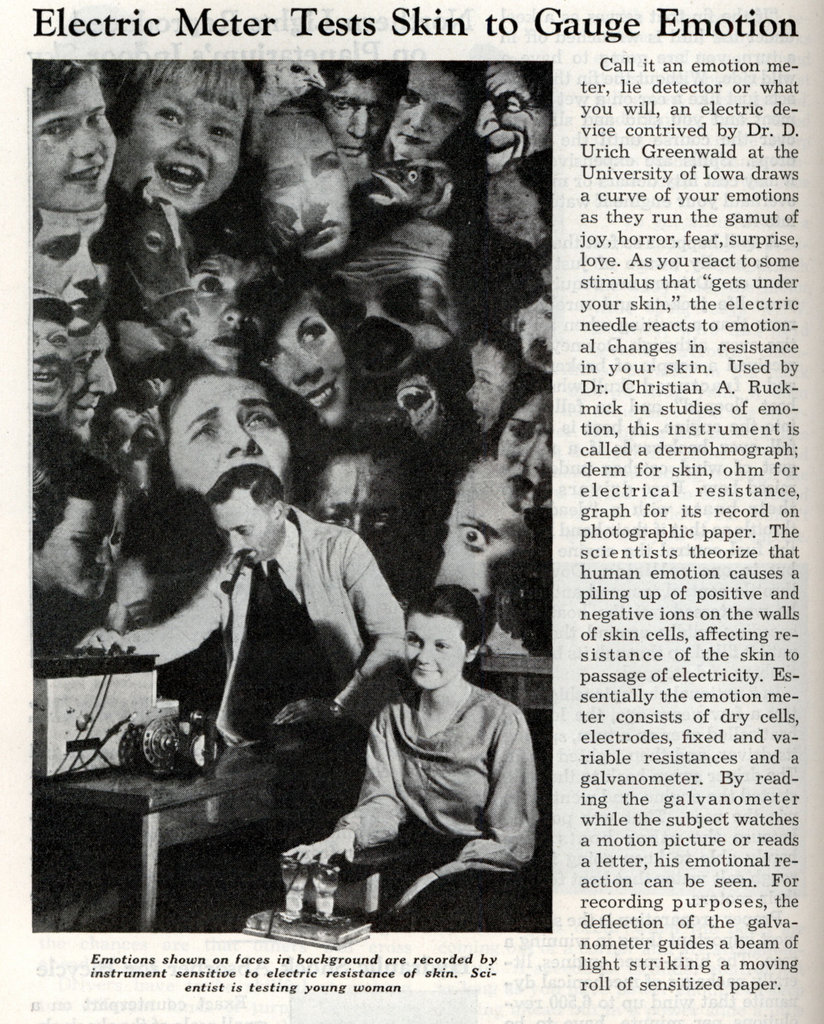 Call it an emotion meter, lie detector or what you will, an electric device contrived by Dr. D. Urich Greenwald at the University of Iowa draws a curve of your emotions as they run the gamut of joy, horror, fear, surprise, love. As you react to some stimulus that “gets under your skin,” the electric needle reacts to emotional changes in resistance in your skin. Used by Dr. Christian A. Ruckmick in studies of emotion, this instrument is called a dermohmograph; derm for skin, ohm for electrical resistance, graph for its record on photographic paper. The scientists theorize that human emotion causes a piling up of positive and negative ions on the walls of skin cells, affecting resistance of the skin to passage of electricity. Essentially the emotion meter consists of dry cells, electrodes, fixed and variable resistances and a galvanometer. By reading the galvanometer while the subject watches a motion picture or reads a letter, his emotional reaction can be seen. For recording purposes, the deflection of the galvanometer guides a beam of light striking a moving roll of sensitized paper.