Apparently if you use electricity to torture someone it’s “scientific”. 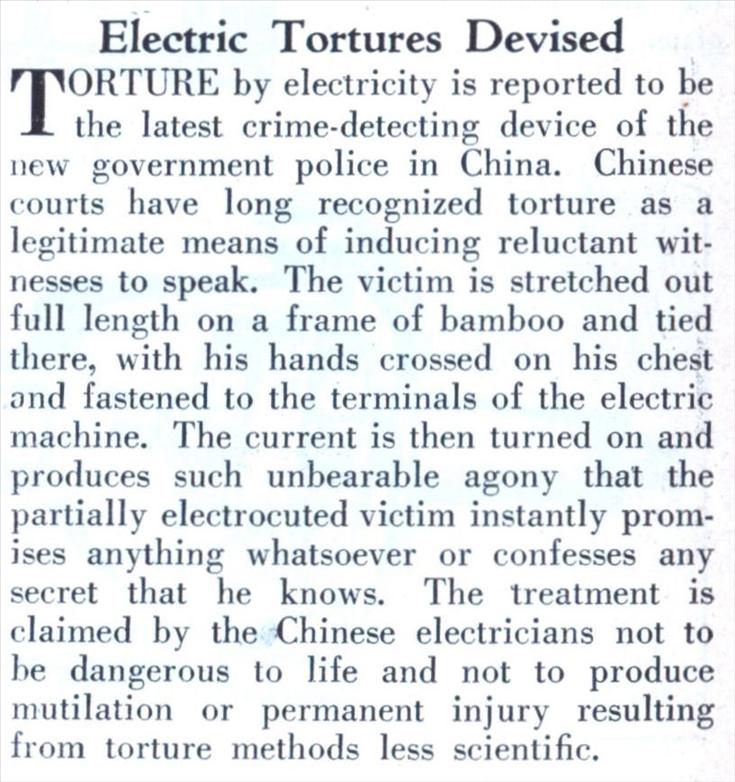 TORTURE by electricity is reported to be tlie latest crime-detecting device of the new government police in China. Chinese courts have long recognized torture as a legitimate means of inducing reluctant witnesses to speak. The victim is stretched out full length on a frame of bamboo and tied there, with his hands crossed on his chest and fastened to the terminals of the electric machine. The current is then turned on and produces such unbearable agony that the partially electrocuted victim instantly promises anything whatsoever or confesses any secret that he knows. The treatment is claimed by the Chinese electricians not to he dangerous to life and not to produce mutilation or permanent injury resulting from torture methods less scientific.