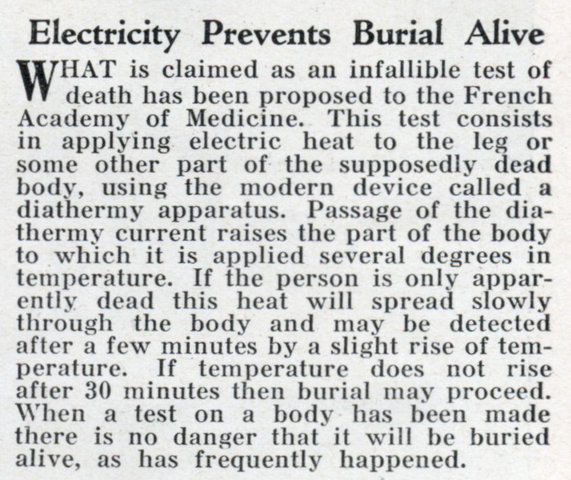 Electricity Prevents Burial Alive
WHAT is claimed as an infallible test of death has been proposed to the French Academy of Medicine. This test consists in applying electric heat to the leg or some other part of the supposedly dead body, using the modern device called a diathermy apparatus. Passage of the diathermy current raises the part of the body to which it is applied several degrees in temperature. If the person is only apparently dead this heat will spread slowly through the body and may be detected after a few minutes by a slight rise of temperature. If temperature does not rise after 30 minutes then burial may proceed. When a test on a body has been made there is no danger that it will be buried alive, as has frequently happened.