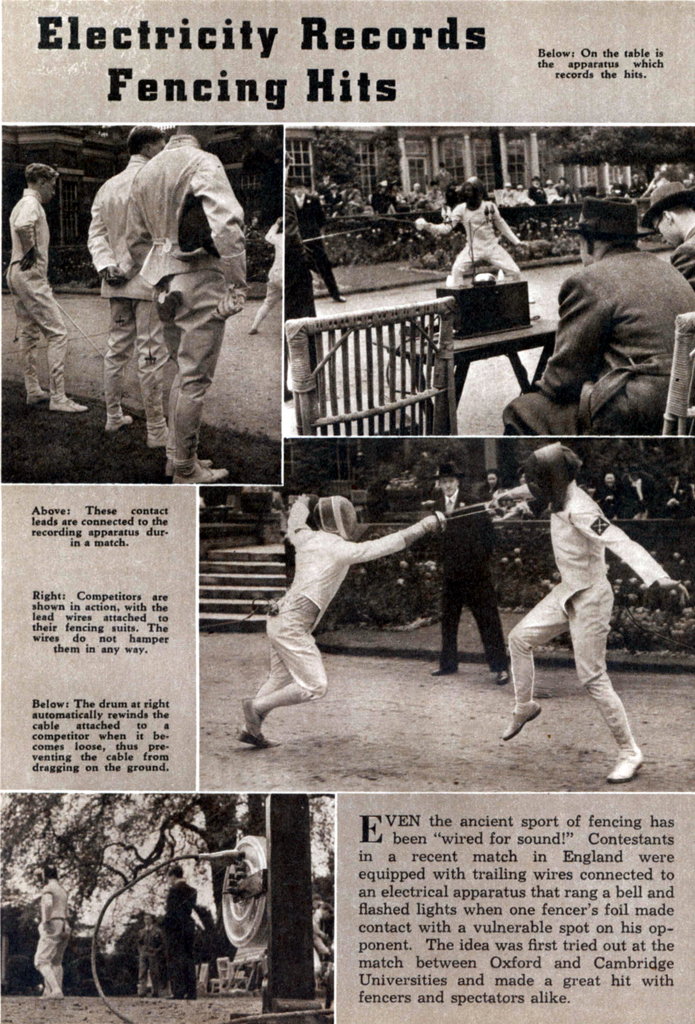 Even the ancient sport of fencing has been “wired for sound!’ Contestants in a recent match in England were equipped with trailing wires connected to an electrical apparatus that rang a bell and flashed lights when one fencer’s foil made contact with a vulnerable spot on his opponent. The idea was first tried out at the match between Oxford and Cambridge Universities and made a great hit with fencers and spectators alike.