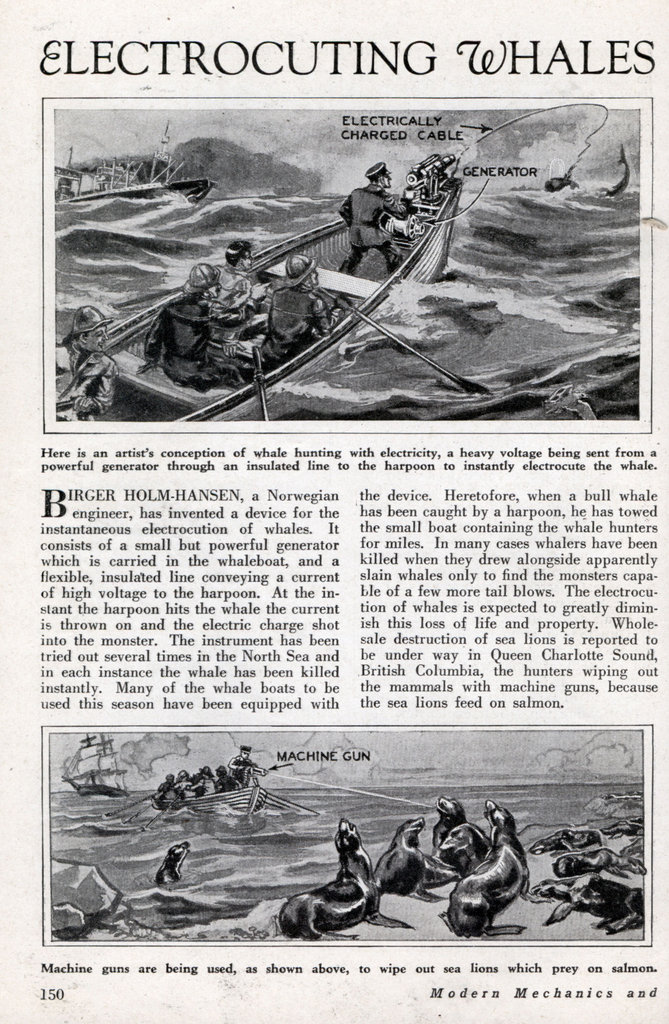 ELECTROCUTING WHALES
BIRGER HOLM-HANSEN, a Norwegian engineer, has invented a device for the instantaneous electrocution of whales. It consists of a small but powerful generator which is carried in the whaleboat, and a flexible, insulated line conveying a current of high voltage to the harpoon. At the in-slant the harpoon hits the whale the current is thrown on and the electric charge shot into the monster. The instrument has been tried out several times in the North Sea and in each instance the whale has been killed instantly. Many of the whale boats to be used this season have been equipped with the device. Heretofore, when a bull whale has been caught by a harpoon, he has towed the small boat containing the whale hunters for miles. In many cases whalers have been killed when they drew alongside apparently slain whales only to find the monsters capable of a few more tail blows. The electrocution of whales is expected to greatly diminish this loss of life and property. Wholesale destruction of sea lions is reported to be under way in Queen Charlotte Sound, British Columbia, the hunters wiping out the mammals with machine guns, because the sea lions feed on salmon.