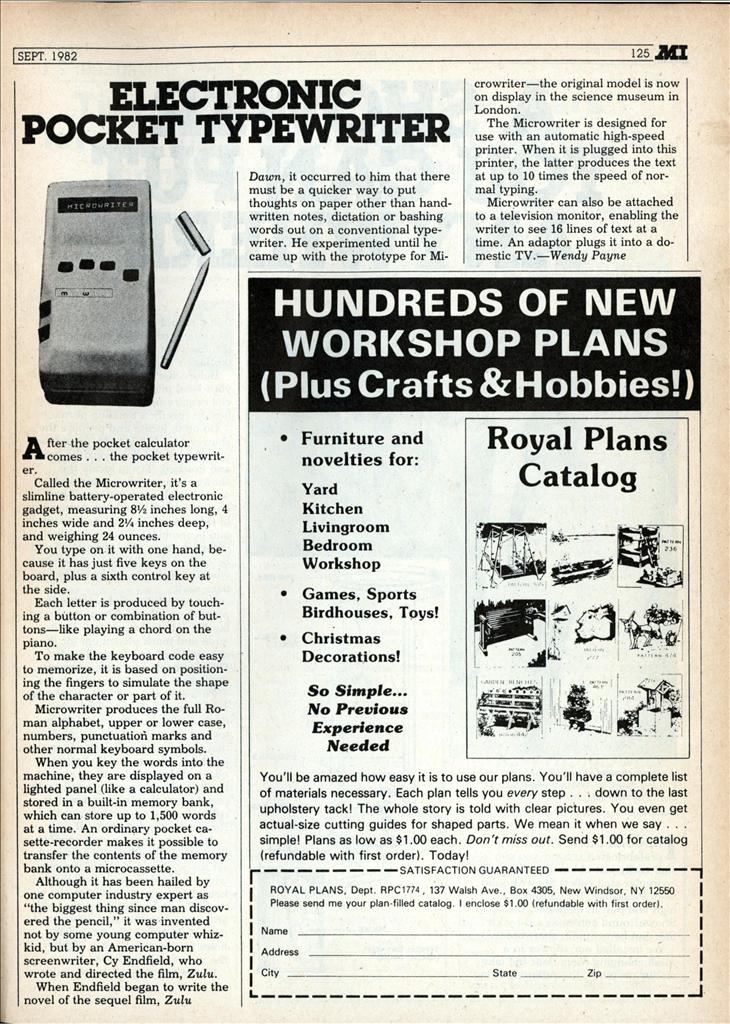 You type on it with one hand, because it has just five keys on the board, plus a sixth control key at the side.

Each letter is produced by touching a button or combination of buttons—like playing a chord on the piano.

To make the keyboard code easy to memorize, it is based on positioning the fingers to simulate the shape of the character or part of it.

When you key the words into the machine, they are displayed on a lighted panel (like a calculator) and stored in a built-in memory bank, which can store up to 1,500 words at a time. An ordinary pocket casette-recorder makes it possible to transfer the contents of the memory bank onto a microcassette.

Although it has been hailed by one computer industry expert as “the biggest thing since man discovered the pencil,” it was invented not by some young computer whiz-kid, but by an American-born screenwriter, Cy Endfield, who wrote and directed the film, Zulu.

When Endfield began to write the novel of the sequel film, Zulu Dawn, it occurred to him that there must be a quicker way to put thoughts on paper other than handwritten notes, dictation or bashing words out on a conventional typewriter. He experimented until he came up with the prototype for Mi- crowriter—the original model is now on display in the science museum in London.

The Microwriter is designed for use with an automatic high-speed printer. When it is plugged into this printer, the latter produces the text at up to 10 times the speed of normal typing.

Microwriter can also be attached to a television monitor, enabling the writer to see 16 lines of text at a time. An adaptor plugs it into a domestic TV.—Wendy Payne