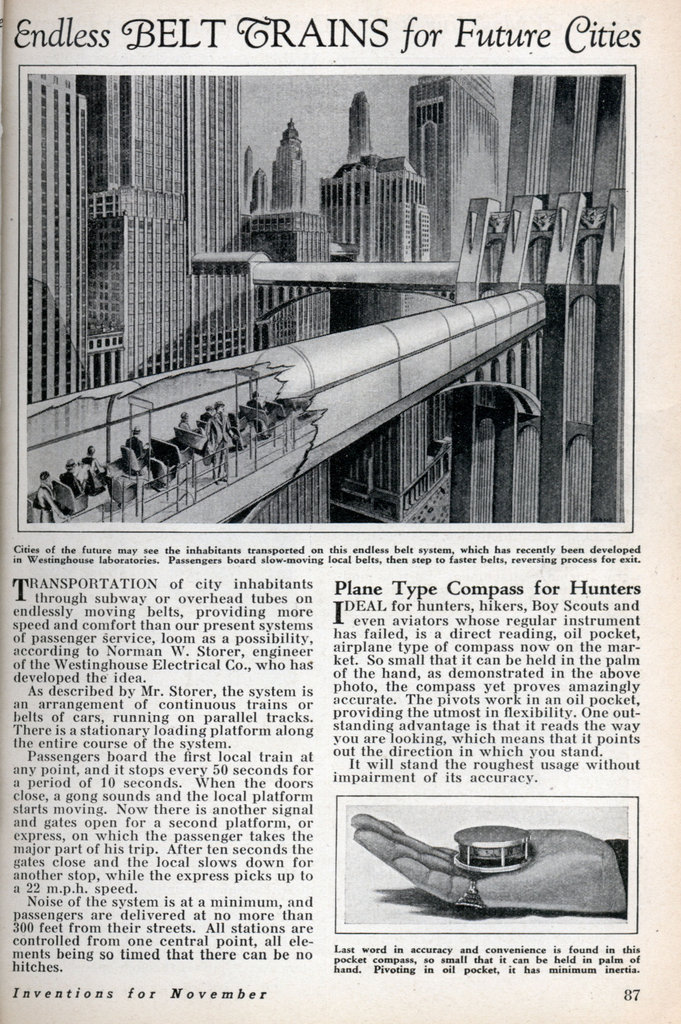 TRANSPORTATION of city inhabitants through subway or overhead tubes on endlessly moving belts, providing more speed and comfort than our present systems of passenger service, loom as a possibility, according to Norman W. Storer, engineer of the Westinghouse Electrical Co., who has developed the idea.

As described by Mr. Storer, the system is an arrangement of continuous trains or belts of cars, running on parallel tracks. There is a stationary loading platform along the entire course of the system.

Passengers board the first local train at any point, and it stops every 50 seconds for a period of 10 seconds. When the doors close, a gong sounds and the local platform starts moving. Now there is another signal and gates open for a second platform, or express, on which the passenger takes the major part of his trip. After ten seconds the gates close and the local slows down for another stop, while the express picks up to a 22 m.p.h. speed.

Noise of the system is at a minimum, and passengers are delivered at no more than 300 feet from their streets. All stations are controlled from one central point, all elements being so timed that there can be no hitches.