Modern Mechanix
Issue: May, 1935
Posted in: Ahead of its time, Television
7 Comments on England Will Broadcast First Chain Television Programs (May, 1935)

We Americans are so behind the times. The British were being promised HDTV in 1935! I wonder how many “lookers” there were at that point. 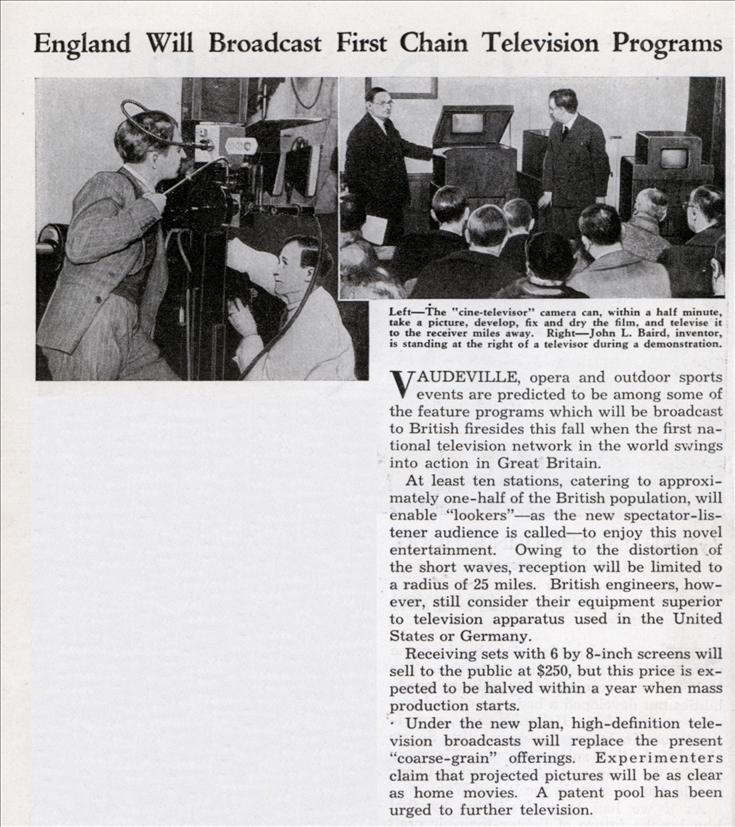 VAUDEVILLE, opera and outdoor sports events are predicted to be among some of the feature programs which will be broadcast to British firesides this fall when the first national television network in the world swings into action in Great Britain.

At least ten stations, catering to approximately one-half of the British population, will enable “lookers”—as the new spectator-listener audience is called—to enjoy this novel entertainment. Owing to the distortion of the short waves, reception will be limited to a radius of 25 miles. British engineers, however, still consider their equipment superior to television apparatus used in the United States or Germany.

Receiving sets with 6 by 8-inch screens will sell to the public at $250, but this price is expected to be halved within a year when mass production starts.

Under the new plan, high-definition television broadcasts will replace the present “coarse-grain” offerings. Experimenters claim that projected pictures will be as clear as home movies. A patent pool has been urged to further television.