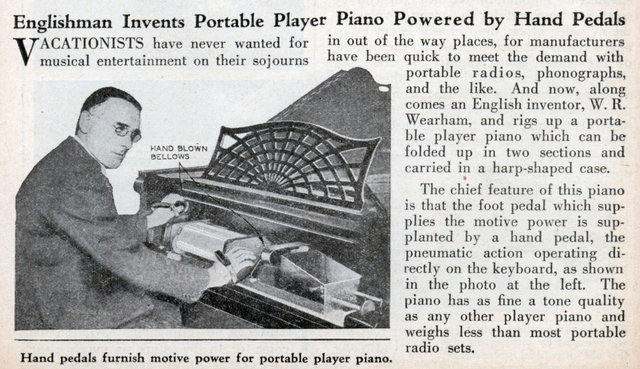 VACATIONISTS have never wanted for musical entertainment on their sojourns in out of the way places, for manufacturers have been quick to meet the demand with portable radios, phonographs, and the like. And now, along comes an English inventor, W. R. Wearham, and rigs up a portable player piano which can be folded up in two sections and carried in a harp-shaped case.

The chief feature of this piano is that the foot pedal which supplies the motive power is supplanted by a hand pedal, the pneumatic action operating directly on the keyboard, as shown in the photo at the left. The piano has as fine a tone quality as any other player piano and weighs less than most portable radio sets.