What is going on with these images? It looks like some of the sculptures and some of the arms are just drawn in, or at least outlined. It’s kind of disconcerting. 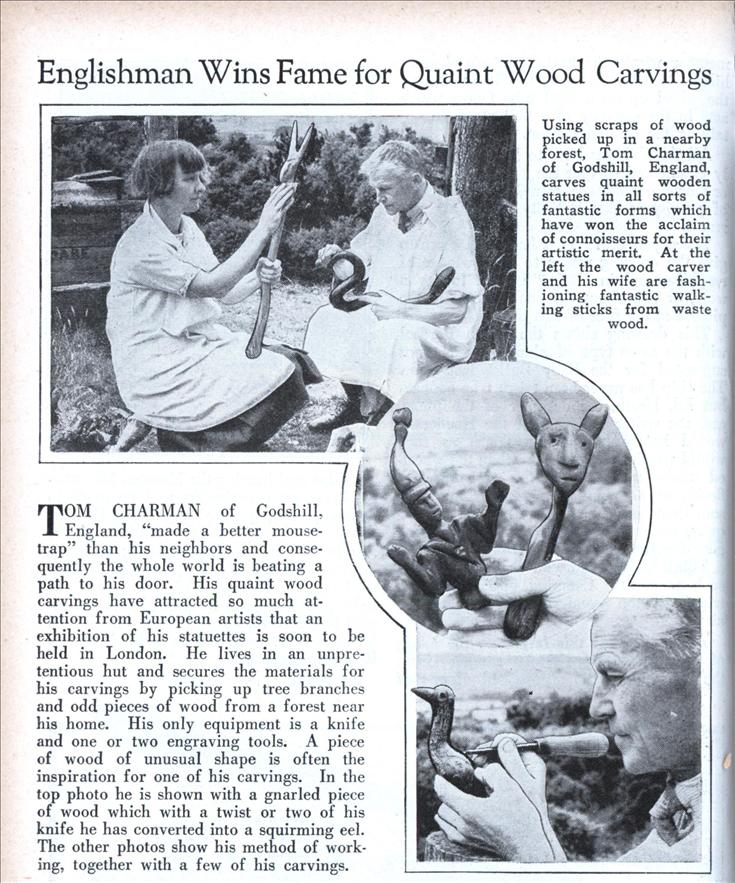 Tom Charman of Godshill, England, “made a better mousetrap” than his neighbors and consequently the whole world is beating a path to his door. His quaint wood carvings have attracted so much attention from European artists that an exhibition of his statuettes is soon to be held in London. He lives in an unpretentious hut and secures the materials for his carvings by picking up tree branches and odd pieces of wood from a forest near his home. His only equipment is a knife and one or two engraving tools. A piece of wood of unusual shape is often the inspiration for one of his carvings. In the top photo he is shown with a gnarled piece of wood which with a twist or two of his knife he has converted into a squirming eel. The other photos show his method of working, together with a few of his carvings.