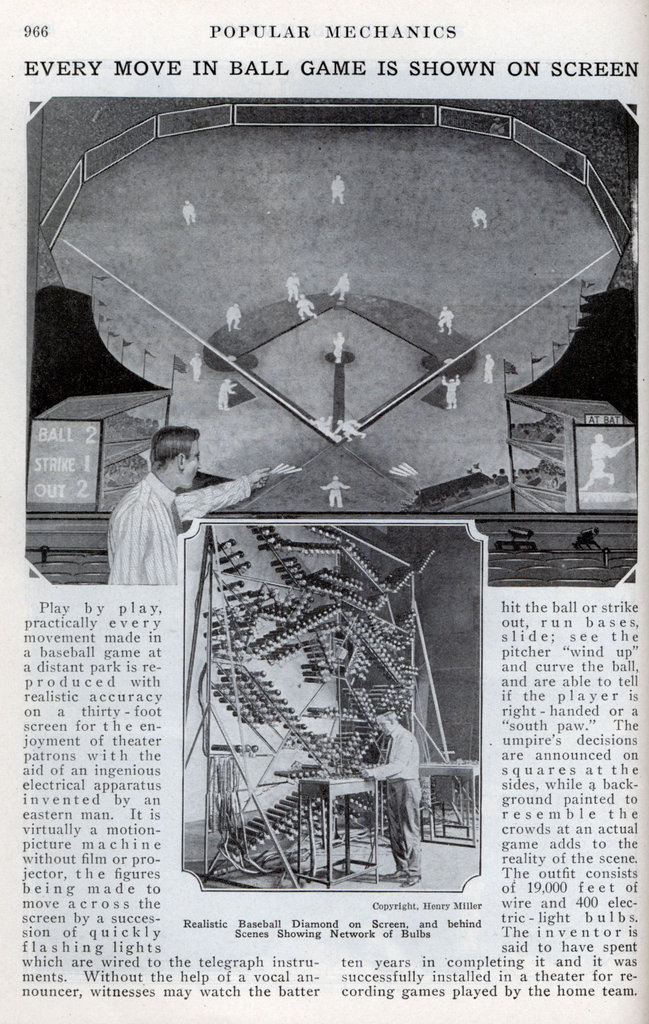 EVERY MOVE IN BALL GAME IS SHOWN ON SCREEN

Play by play, practically every movement made in a baseball game at a distant park is reproduced with realistic accuracy on a thirty-foot screen for the enjoyment of theater patrons with the aid of an ingenious electrical apparatus invented by an eastern man. It is virtually a motion-picture machine without film or projector, the figures being made to move across the screen by a succession of quickly flashing lights which are wired to the telegraph instruments. Without the help of a vocal announcer, witnesses may watch the batter hit the ball or strike out, run bases, slide; see the pitcher “wind up” and curve the ball, and are able to tell if the player is right – handed or a “south paw.” The umpire’s decisions are announced on squares at the sides, while a background painted to resemble the crowds at an actual game adds to the reality of the scene. The outfit consists of 19,000 feet of wire and 400 electric – light bulbs. The inventor is said to have spent ten years in completing it and it was successfully installed in a theater for recording games played by the home team.