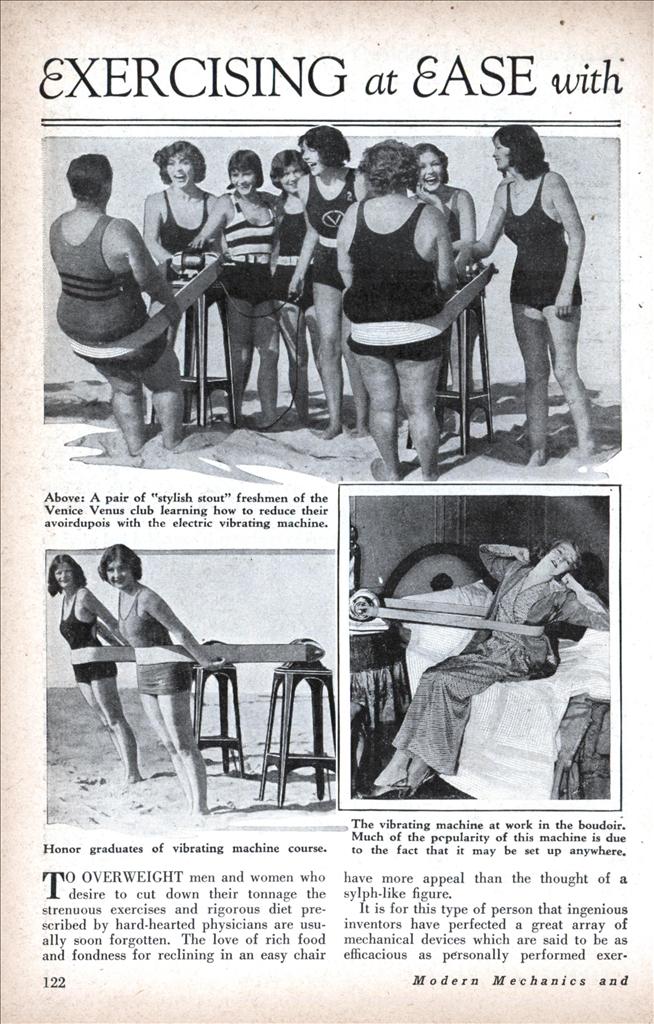 TO OVERWEIGHT men and women who desire to cut down their tonnage the strenuous exercises and rigorous diet prescribed by hard-hearted physicians are usually soon forgotten. The love of rich food and fondness for reclining in an easy chair have more appeal than the thought of a sylph-like figure.

It is for this type of person that ingenious inventors have perfected a great array of mechanical devices which are said to be as efficacious as personally performed exercises for those who would like to take off weight. Whether these devices can entirely take the place of calisthenics and outdoor sports is a question that has yet to be decided.

So great has the synthetic exercise fad spread that in Venice, California, a reducing society known as the Venice Venus Club has been formed and has equipped itself with all of the latest mechanical gymnasium equipment. The club has become popular among movie chorines, who must retain that perfect figure if they would hold their jobs.