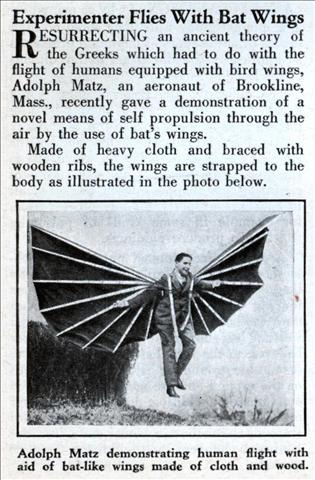 RESURRECTING an ancient theory of the Greeks which had to do with the flight of humans equipped with bird wings, Adolph Matz, an aeronaut of Brookline, Mass., recently gave a demonstration of a novel means of self propulsion through the air by the use of bat’s wings.

Made of heavy cloth and braced with wooden ribs, the wings are strapped to the body as illustrated in the photo below.