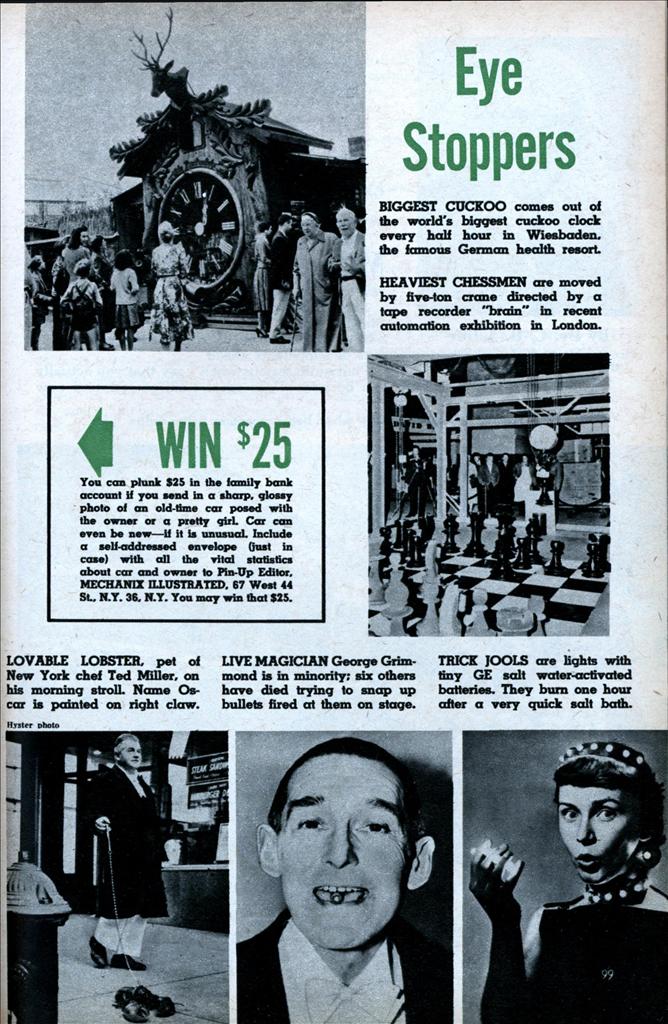 BIGGEST CUCKOO comes out of the world’s biggest cuckoo clock every hall hour in Wiesbaden, the famous German health resort.

HEAVIEST CHESSMEN are moved by five-ton crane directed by a tape recorder “brain” in recent automation exhibition in London.

LIVE MAGICIAN George Grimmond is in minority; six others have died trying to snap up bullets fired at them on stage.

TRICK JOOLS are lights with tiny GE salt water-activated batteries. They burn one hour after a very quick salt bath.