So basically, you’re microwaving your arm? 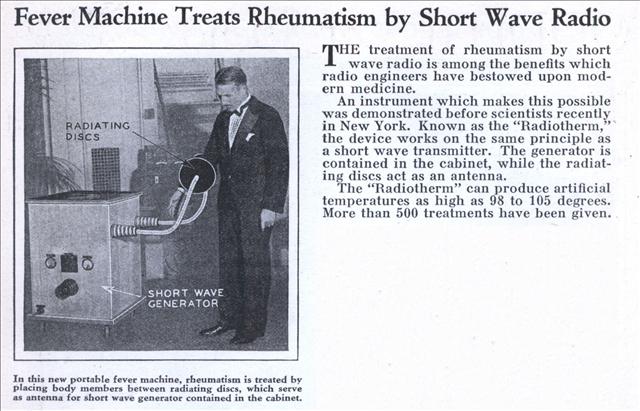 THE treatment of rheumatism by short wave radio is among the benefits which radio engineers have bestowed upon modern medicine.

An instrument which makes this possible was demonstrated before scientists recently in New York. Known as the “Radiotherm,” the device works on the same principle as a short wave transmitter. The generator is contained in the cabinet, while the radiating discs act as an antenna.

The “Radiotherm” can produce artificial temperatures as high as 98 to 105 degrees. More than 500 treatments have been given.