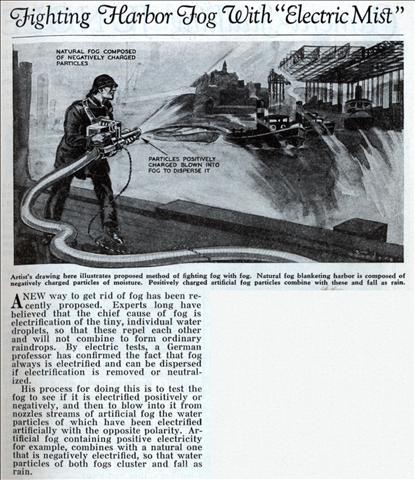 A NEW way to get rid of fog has been recently proposed. Experts long have believed that the chief cause of fog is electrification of the tiny, individual water droplets, so that these repel each other and will not combine to form ordinary raindrops. By electric tests, a German professor has confirmed the fact that fog always is electrified and can be dispersed if electrification is removed or neutralized.