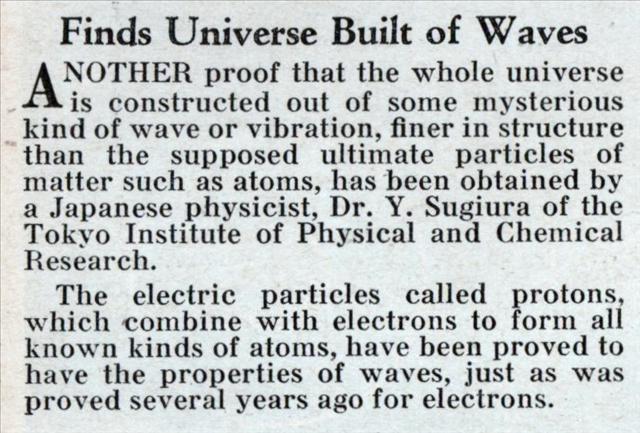 ANOTHER proof that the whole universe is constructed out of some mysterious kind of wave or vibration, finer in structure than the supposed ultimate particles of matter such as atoms, has been obtained by a Japanese physicist, Dr. Y. Sugiura of the Tokyo Institute of Physical and Chemical Research.

The electric particles called protons, which combine with electrons to form all known kinds of atoms, have been proved to have the properties of waves, just as was proved several years ago for electrons.