Fingerprint “Lifted” on Film without Using a Camera (Jul, 1936) 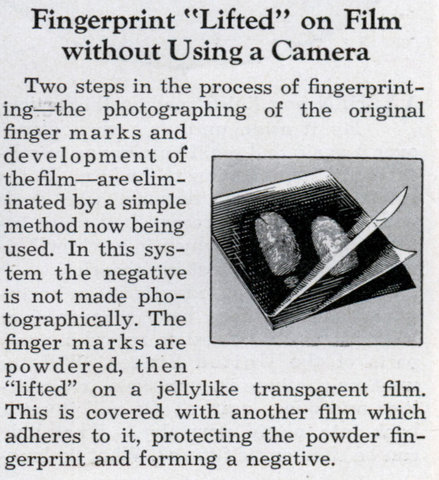 Fingerprint “Lifted” on Film without Using a Camera

Two steps in the process of fingerprintingâ€”the photographing of the original finger marks and development of the filmâ€”are eliminated by a simple method now being used. In this system the negative is not made photographically. The finger marks are powdered, then “lifted” on a jellylike transparent film. This is covered with another film which adheres to it, protecting the powder fingerprint and forming a negative.