It’s all in the name. Once they changed the name of this from “FIRE ESCAPE” to “sun roof” sales took off. 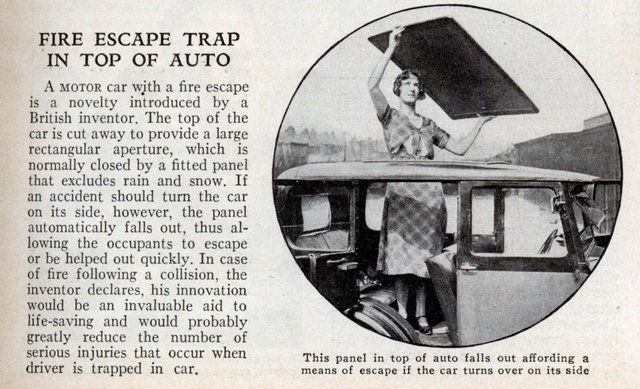 FIRE ESCAPE TRAP IN TOP OF AUTO
A motor car with a fire escape is a novelty introduced by a British inventor. The top of the car is cut away to provide a large rectangular aperture, which is normally closed by a fitted panel that excludes rain and snow. If an accident should turn the car on its side, however, the panel automatically falls out, thus allowing the occupants to escape or be helped out quickly. In case of fire following a collision, the inventor declares, his innovation would be an invaluable aid to life-saving and would probably greatly reduce the number of serious injuries that occur when driver is trapped in car.