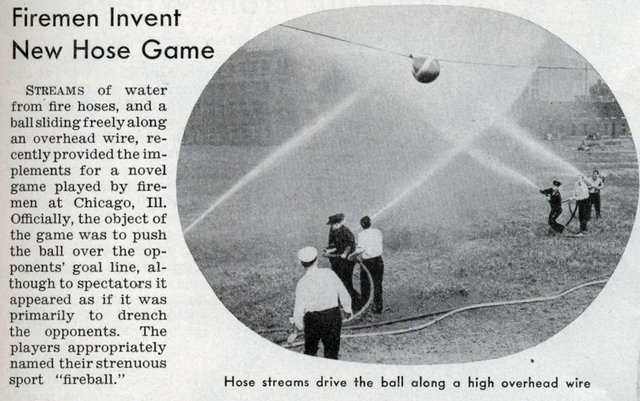 Streams of water from fire hoses, and a ball sliding freely along an overhead wire, recently provided the implements for a novel game played by firemen at Chicago, Ill. Officially, the object of the game was to push the ball over the opponents’ goal line, although to spectators it appeared as if it was primarily to drench the opponents. The players appropriately named their strenuous sport “fireball.”