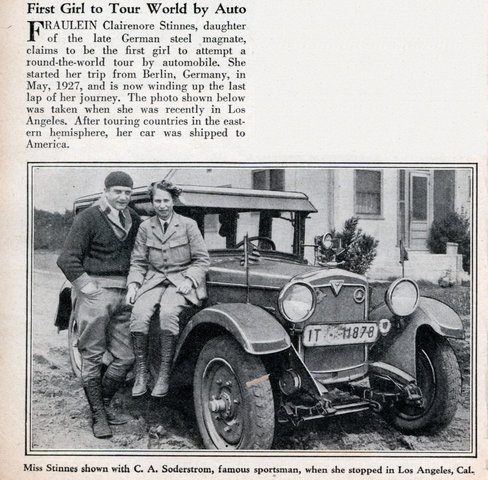 First Girl to Tour World by Auto
FRAULEIN Clairenore Stinnes, daughter of the late German steel magnate, claims to be the first girl to attempt a round-the-world tour by automobile. She started her trip from Berlin, Germany, in May, 1927, and is now winding up the last lap of her journey. The photo shown below was taken when she was recently in Los Angeles. After touring countries in the eastern hemisphere, her car was shipped to America.