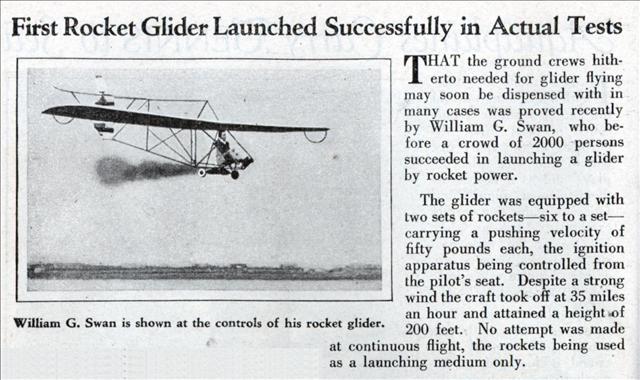 THAT the ground crews hitherto needed for glider flying may soon be dispensed with in many cases was proved recently by William G. Swan, who before a crowd of 2000 persons succeeded in launching a glider by rocket power.

The glider was equipped with two sets of rockets—six to a set— carrying a pushing velocity of fifty pounds each, the ignition apparatus being controlled from the pilot’s seat. Despite a strong wind the craft took off at 35 miles an hour and attained a height-of 200 feet. No attempt was made at continuous flight, the rockets being used as a launching medium only.