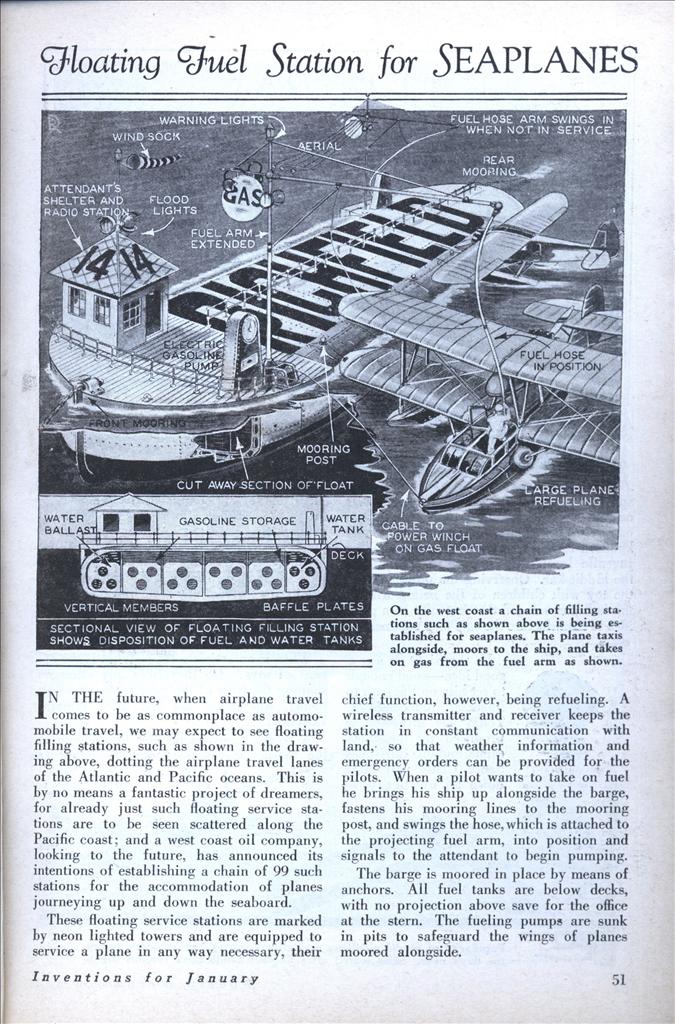 IN THE future, when airplane travel comes to be as commonplace as automobile travel, we may expect to see floating filling stations, such as shown in the drawing above, dotting the airplane travel lanes of the Atlantic and Pacific oceans. This is by no means a fantastic project of dreamers, for already just such floating service stations are to be seen scattered along the Pacific coast; and a west coast oil company, looking to the future, has announced its intentions of establishing a chain of 99 such stations for the accommodation of planes journeying up and down the seaboard.

These floating service stations are marked by neon lighted towers and are equipped to service a plane in any way necessary, their chief function, however, being refueling. A wireless transmitter and receiver keeps the station in constant communication with land, so that weather information and emergency orders can be provided for the pilots. When a pilot wants to take on fuel he brings his ship up alongside the barge, fastens his mooring lines to the mooring post, and swings the hose, which is attached to the projecting fuel arm, into position and signals to the attendant to begin pumping.

The barge is moored in place by means of anchors. All fuel tanks are below decks, with no projection above save for the office at the stern. The fueling pumps are sunk in pits to safeguard the wings of planes moored alongside.