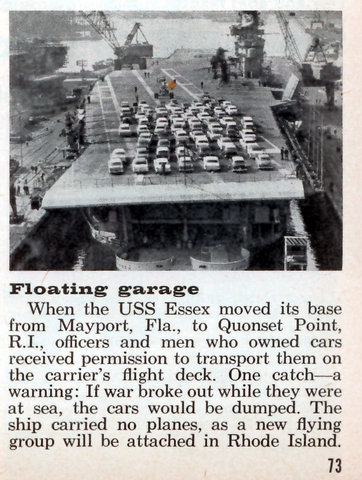 Floating garage
When the USS Essex moved its base from Mayport, Fla., to Quonset Point, R.I., officers and men who owned cars received permission to transport them on the carrier’s flight deck. One catchâ€”a warning: If war broke out while they were at sea, the cars would be dumped. The ship carried no planes, as a new flying group will be attached in Rhode Island.