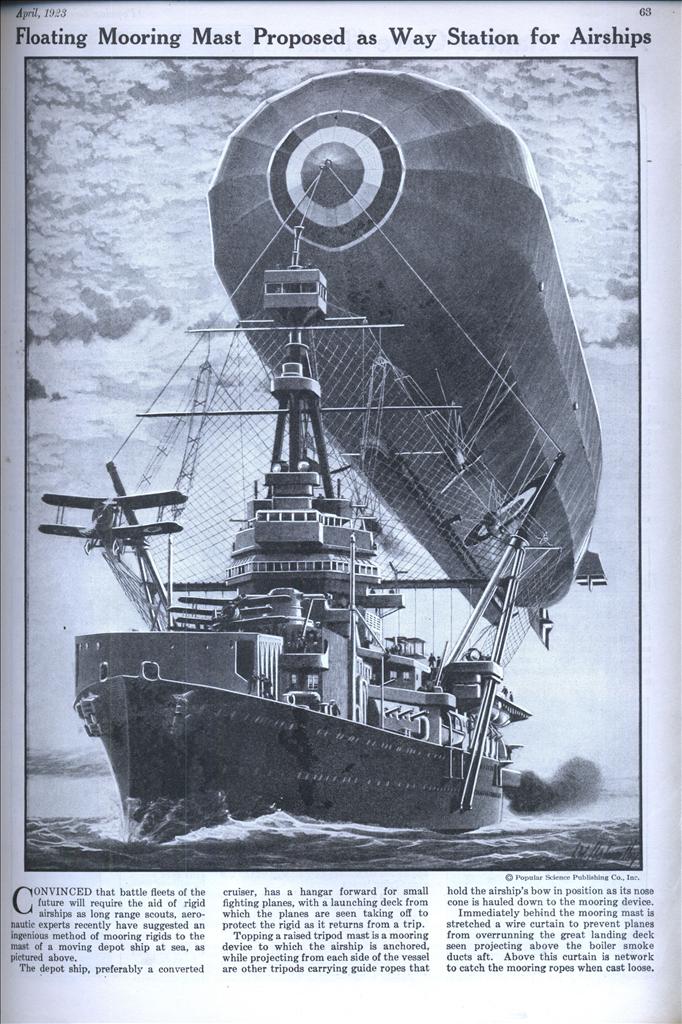 CONVINCED that battle fleets of the future will require the aid of rigid airships as long range scouts, aeronautic experts recently have suggested an ingenious method of mooring rigids to the mast of a moving depot ship at sea, as pictured above.

The depot ship, preferably a converted cruiser, has a hangar forward for small fighting planes, with a launching deck from which the planes are seen taking off to protect the rigid as it returns from a trip.

Topping a raised tripod mast is a mooring device to which the airship is anchored, while projecting from each side of the vessel are other tripods carrying guide ropes that hold the airship’s bow in position as its nose cone is hauled down to the mooring device.

Immediately behind the mooring mast is stretched a wire curtain to prevent planes from overrunning the great landing deck seen projecting above the boiler smoke ducts aft. Above this curtain is network to catch the mooring ropes when cast loose.