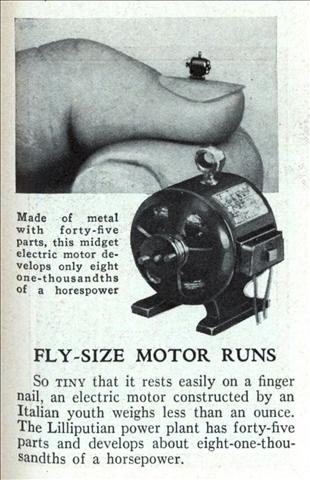 So tiny that it rests easily on a finger nail, an electric motor constructed by an Italian youth weighs less than an ounce. The Lilliputian power plant has forty-five Parts and develops about eight-one-thousandths of a horsepower.