Why this would be any better than a dive bomber? The pilot is screwed either way. If he misses the ship they are just going to blow up his little raft and if he hits the ship then he’ll be floating around in water that is filled with all of the people who jumped off the ship. They might hold a grudge. He might as well just fly it right into the ship, at least that way it’ll be quick. 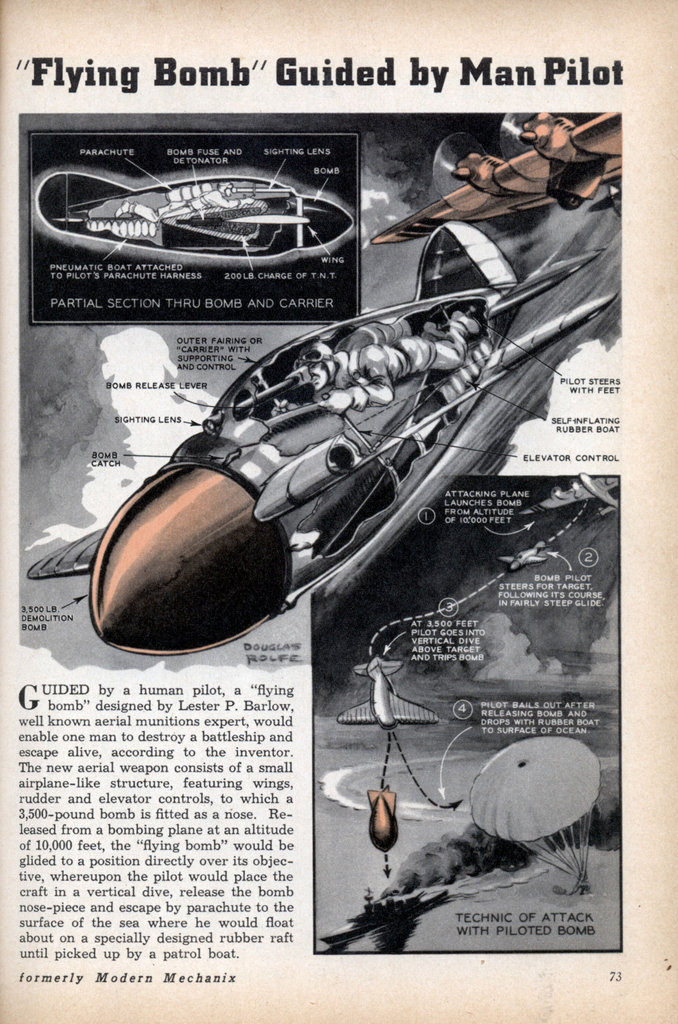 GUIDED by a human pilot, a “flying bomb” designed by Lester P. Barlow, well known aerial munitions expert, would enable one man to destroy a battleship and escape alive, according to the inventor. The new aerial weapon consists of a small airplane-like structure, featuring wings, rudder and elevator controls, to which a 3,500-pound bomb is fitted as a nose. Released from a bombing plane at an altitude of 10,000 feet, the “flying bomb” would be glided to a position directly over its objective, whereupon the pilot would place the craft in a vertical dive, release the bomb nose-piece and escape by parachute to the surface of the sea where he would float about on a specially designed rubber raft until picked up by a patrol boat.