Yes, they actually turned this model into the cover. 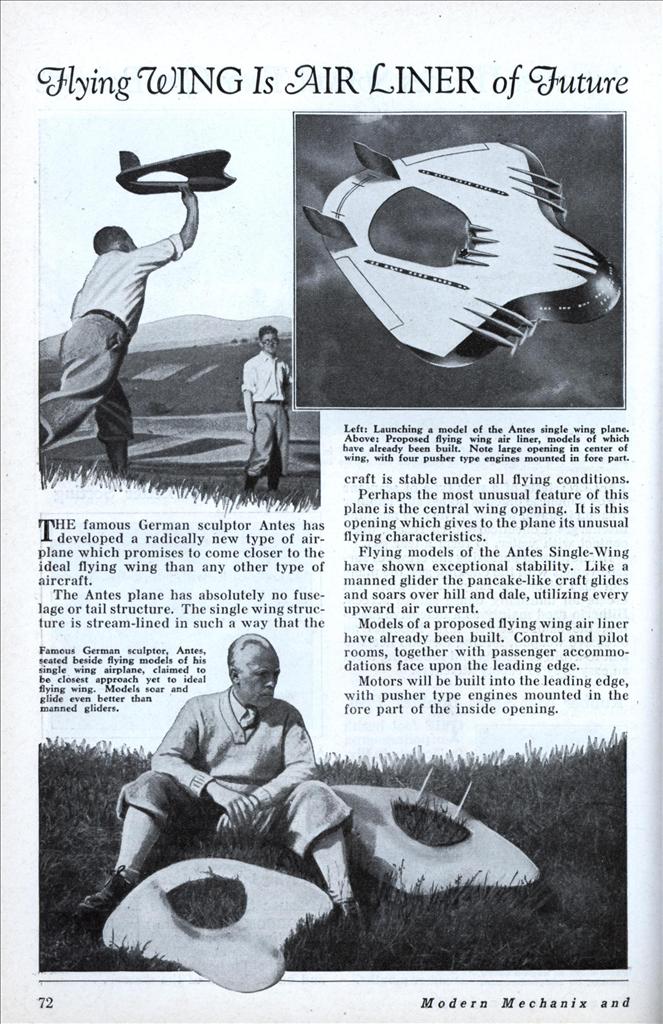 THE famous German sculptor Antes has developed a radically new type of airplane which promises to come closer to the ideal flying wing than any other type of aircraft.

The Antes plane has absolutely no fuselage or tail structure. The single wing structure is stream-lined in such a way that the craft is stable under all flying conditions.

Perhaps the most unusual feature of this plane is the central wing opening. It is this opening which gives to the plane its unusual fying characteristics.

Flying models of the Antes Single-Wing have shown exceptional stability. Like a manned glider the pancake-like craft glides and soars over hill and dale, utilizing every upward air current.

Models of a proposed flying wing air liner have already been built. Control and pilot rooms, together with passenger accommodations face upon the leading edge.

Motors will be built into the leading edge, with pusher type engines mounted in the fore part of the inside opening.