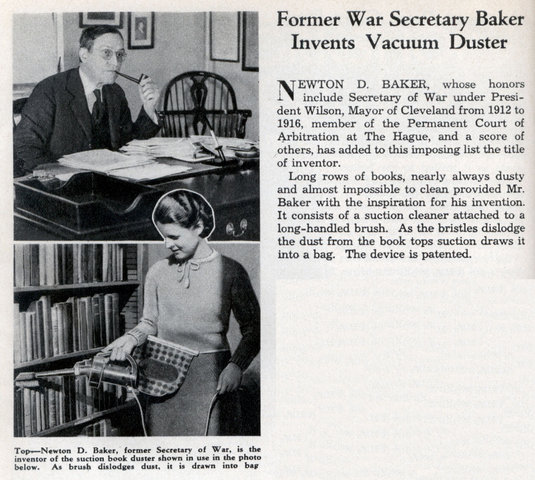 NEWTON D. BAKER, whose honors include Secretary of War under President Wilson, Mayor of Cleveland from 1912 to 1916, member of the Permanent Court of Arbitration at The Hague, and a score of others, has added to this imposing list the title of inventor.

Long rows of books, nearly always dusty and almost impossible to clean provided Mr. Baker with the inspiration for his invention. It consists of a suction cleaner attached to a long-handled brush. As the bristles dislodge the dust from the book tops suction draws it into a bag. The device is patented.