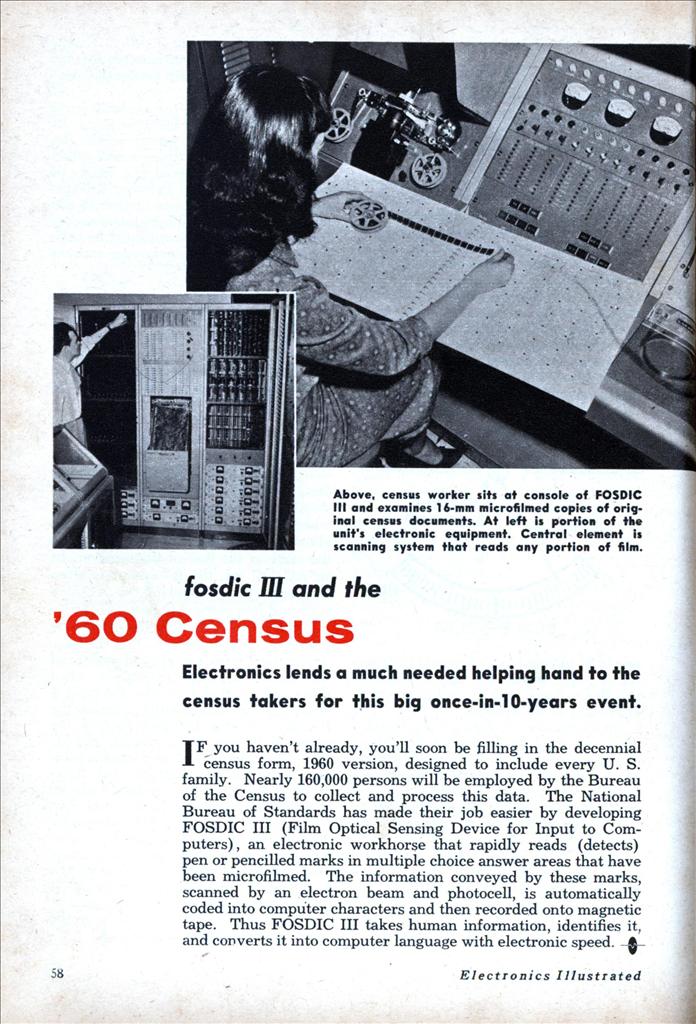 IF you haven’t already, you’ll soon be filling in the decennial census form, 1960 version, designed to include every U. S. family. Nearly 160,000 persons will be employed by the Bureau of the Census to collect and process this data. The National Bureau of Standards has made their job easier by developing FOSDIC III (Film Optical Sensing Device for Input to Computers), an electronic workhorse that rapidly reads (detects) pen or pencilled marks in multiple choice answer areas that have been microfilmed. The information conveyed by these marks, scanned by an electron beam and photocell, is automatically coded into computer characters and then recorded onto magnetic tape. Thus FOSDIC III takes human information, identifies it, and converts it into computer language with electronic speed.