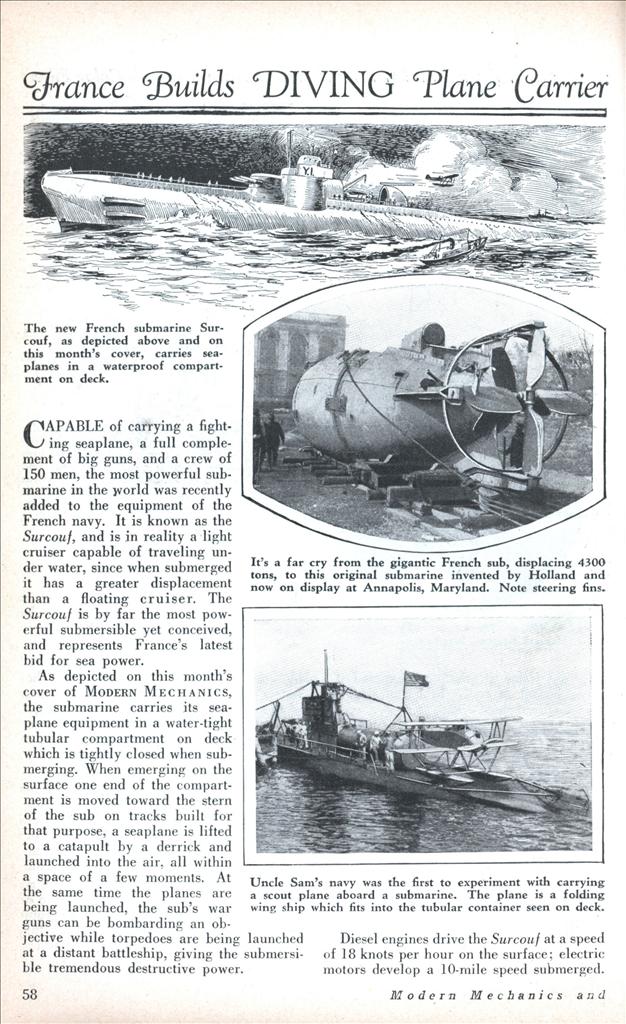 CAPABLE of carrying a fighting seaplane, a full complement of big guns, and a crew of 150 men, the most powerful submarine in the world was recently added to the equipment of the French navy. It is known as the Surcouf, and is in reality a light cruiser capable of traveling under water, since when submerged it has a greater displacement than a floating cruiser. The Surcouf is by far the most powerful submersible yet conceived, and represents France’s latest bid for sea power.

As depicted on this month’s cover of Modern Mechanics, the submarine carries its seaplane equipment in a water-tight tubular compartment on deck which is tightly closed when submerging. When emerging on the surface one end of the compartment is moved toward the stern of the sub on tracks built for that purpose, a seaplane is lifted to a catapult by a derrick and launched into the air, all within a space of a few moments. At the same time the planes are being launched, the sub’s war guns can be bombarding an objective while torpedoes are being launched at a distant battleship, giving the submersible tremendous destructive power.

Diesel engines drive the Surcouf at a speed of 18 knots per hour on the surface; electric motors develop a 10-mile speed submerged.