At this point in development the French aircraft was a separate project from the British one. They merged the two programs later in year. I have to say, Concorde is certainly a better name than Super Caravelle. 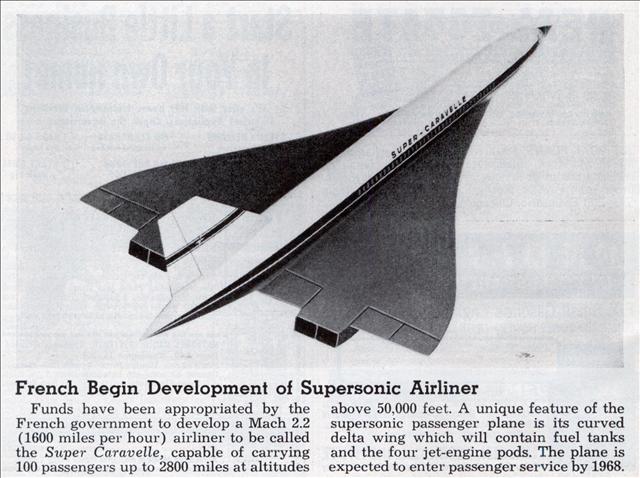 Funds have been appropriated by the French government to develop a Mach 2.2 (1600 miles per hour) airliner to be called the Super Caravelle, capable of carrying 100 passengers up to 2800 miles at altitudes above 50,000 feet. A unique feature of the supersonic passenger plane is its curved delta wing which will contain fuel tanks and the four jet-engine pods. The plane is expected to enter passenger service by 1968.