It really seem that big. Also, what’s with all the Eiffel towers?

Though this would be perfect for Relativistic Statistical Arbitrage 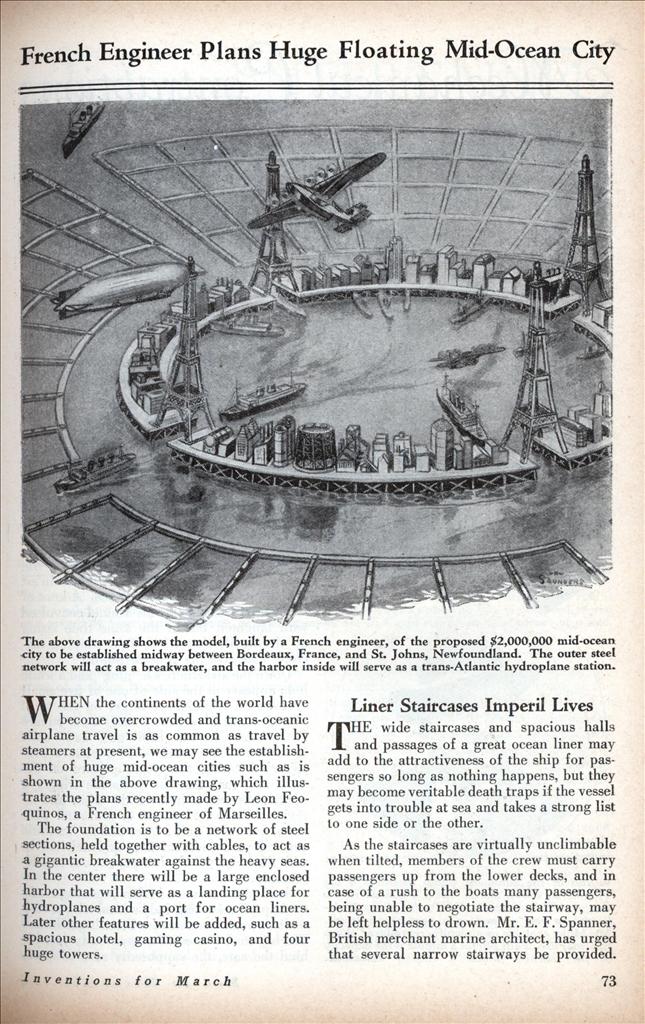 WHEN the continents of the world have become overcrowded and trans-oceanic airplane travel is as common as travel by steamers at present, we may see the establishment of huge mid-ocean cities such as is shown in the above drawing, which illustrates the plans recently made by Leon Feoquinos, a French engineer of Marseilles.

The foundation is to be a network of steel sections, held together with cables, to act as a gigantic breakwater against the heavy seas. In the center there will be a large enclosed harbor that will serve as a landing place for hydroplanes and a port for ocean liners. Later other features will be added, such as a spacious hotel, gaming casino, and four huge towers.