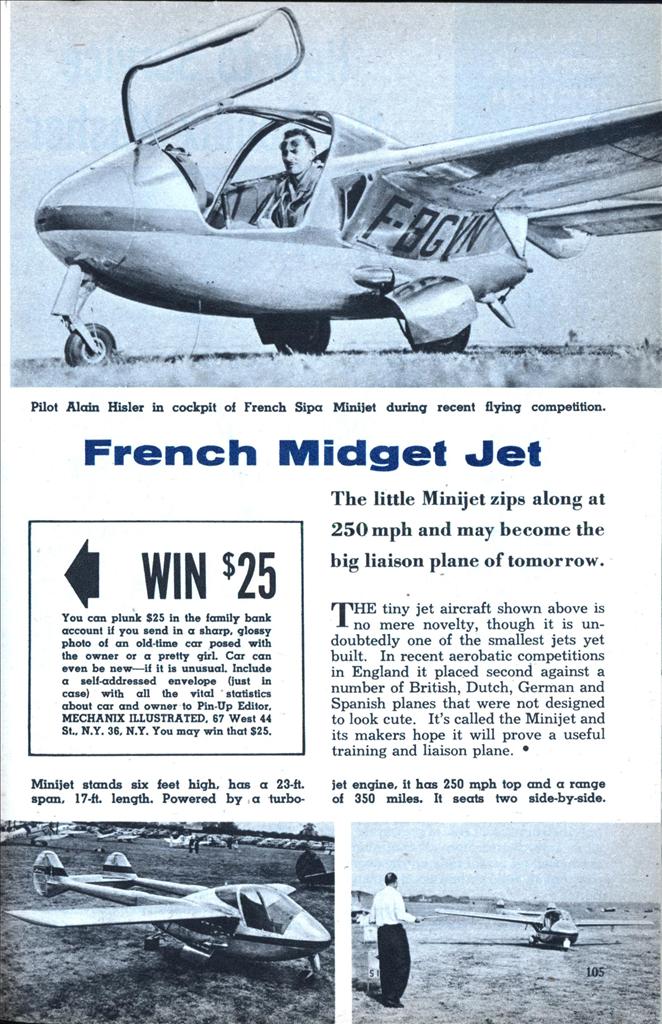 The little Minijet zips along at 250 mph and may become the big liaison plane of tomorrow.

THE tiny jet aircraft shown above is no mere novelty, though it is undoubtedly one of the smallest jets yet built. In recent aerobatic competitions in England it placed second against a number of British, Dutch, German and Spanish planes that were not designed to look cute. It’s called the Minijet and its makers hope it will prove a useful training and liaison plane.