Reading Modern Mechanix, you’d either think that the word “impossible” meant “unlikely” or that people were way better at designing things than they really were. 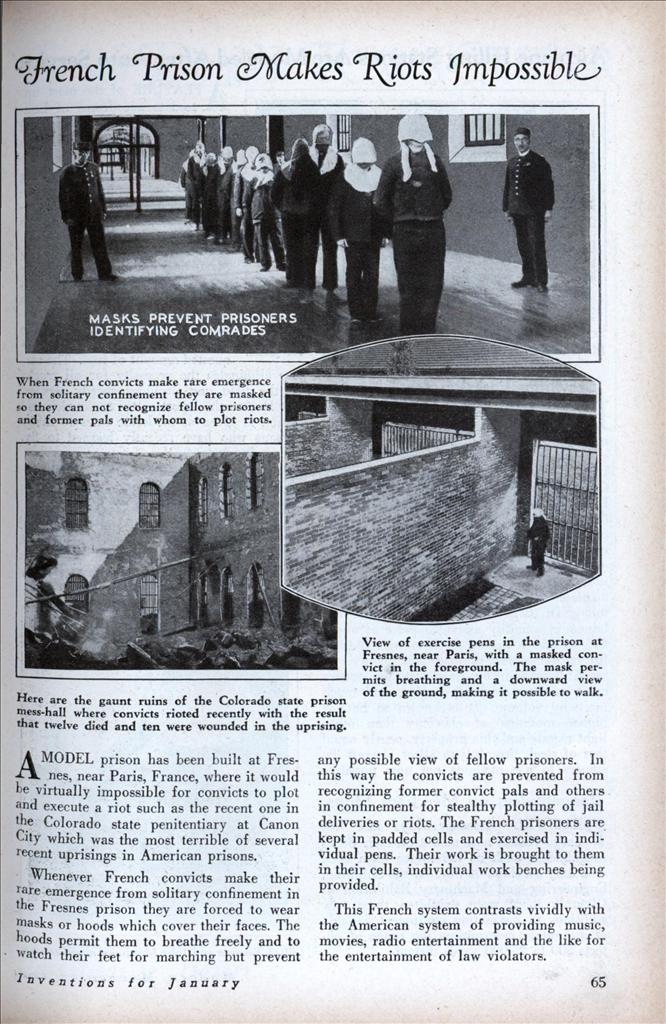 A MODEL prison has been built at Fresnes, near Paris, France, where it would be virtually impossible for convicts to plot and execute a riot such as the recent one in the Colorado state penitentiary at Canon City which was the most terrible of several recent uprisings in American prisons.

Whenever French convicts make their rare emergence from solitary confinement in the Fresnes prison they are forced to wear masks or hoods which cover their faces. The hoods permit them to breathe freely and to watch their feet for marching but prevent any possible view of fellow prisoners. In this way the convicts are prevented from recognizing former convict pals and others in confinement for stealthy plotting of jail deliveries or riots. The French prisoners are kept in padded cells and exercised in individual pens. Their work is brought to them in their cells, individual work benches being provided.

This French system contrasts vividly with the American system of providing music, movies, radio entertainment and the like for the entertainment of law violators.